2022/11/25
The fertilizer produced by organic fertilizer manufacturing machine has played an important role in agriculture. Due to the excessive dependence on chemical fertilizer and other fertilizers in agricultural production, the distribution of various nutrients in the soil is uneven, and the soil structure has changed. Now there are problems such as hardening, salinization and so on, which threaten the arable land area to a certain extent.
Through research and practice, it is found that the organic fertilizer produced by the organic fertilizer manufacturing machine is rich in nutrients and organic matter, and the roller extrusion granulator can also reduce the soil hardening and salinization 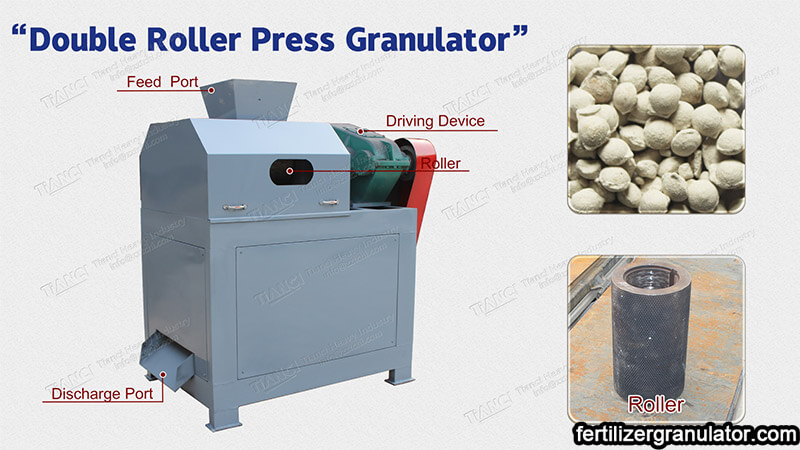 How to adjust the head of roller granulator? The steps of circumferential alignment of two rollers of granulator are as follows.
Loosen the connecting bolt between the driven gear and the adjusting sleeve to slightly separate the adjusting sleeve and the driven gear. Since one ball and socket adjustment amount has been considered in the design, and two adjusting bolts are equipped, the dislocation can be adjusted no matter how much the dislocation is. Because the ball and socket are too small, the carton board is placed between the two rollers during adjustment. After rolling, you can see whether the adjustment has achieved the purpose. After alignment, the connecting bolts can be tightened.

Next:How much is the price of organic fertilizer machine and equipment