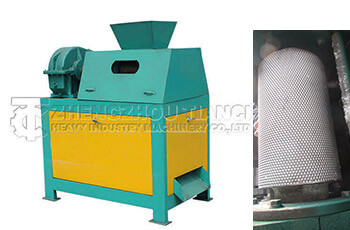 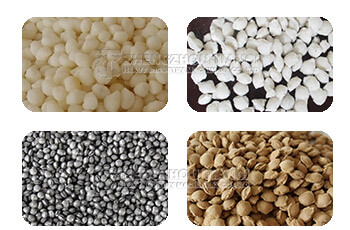 Roller press granulator has a good granulating effect in the production of ammonium bicarbonate fertilizer. The machine granulates at room temperature, once forming, simple process, no chemical reaction of fertilizer, and easy processing. After granulation, the physical and chemical properties of ammonium bicarbonate changed fundamentally, and crystals were formed 7 days later. The water content of powdered ammonium sulfate is getting higher and higher, but the nitrogen content is getting lower and lower; while the granular ammonium carbonate has changed reversely, the water content is getting lower and lower, but the nitrogen content is getting higher and higher. Granular ammonium bicarbonate does not agglomerate, does not deliquescence, is easy to apply, dissolves in the soil for a long time, has a long fertilizer effect, and has a high fertilizer utilization, with a remarkable yield increase effect.