Differences: aerobic fermentation time is short, natural ventilation or forced ventilation is required, turning is required, and energy consumption is relatively high; anaerobic composting time is long, odor is large, and energy consumption is low.
Organic fertilizer manufacturing process
Fermentation can be carried out in a pile or in a fermentation tank. When the livestock and poultry manure is piled up, an appropriate amount of fermentation strain is added, usually the fermentation time is 10-20 days. The manure after deep fermentation can be directly applied after being crushed and sieved after leaving the tank. But it is just called the traditional compost, and it needs further processing, using fertilizer granulator machine and other equipment to process, so that each nutrient content reaches the corresponding fertilizer product standard, this is the commercial organic fertilizer. 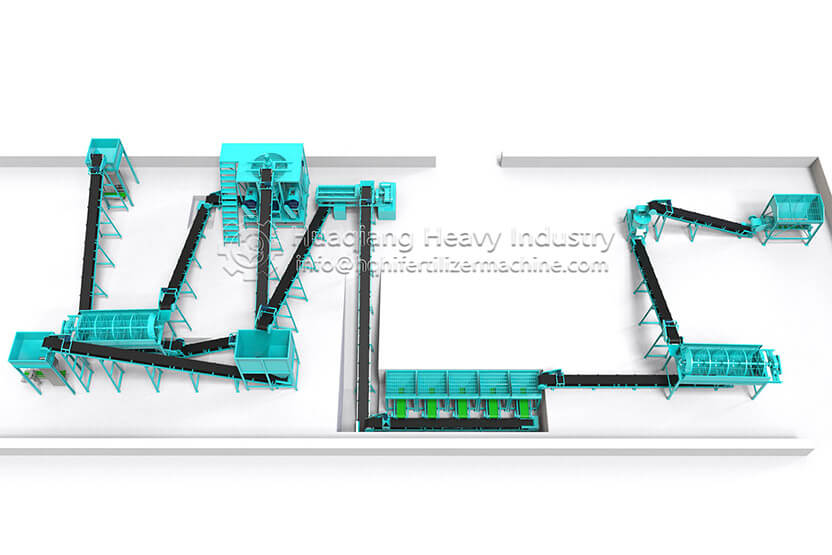