How does belt conveyor solve the problem of spraying material 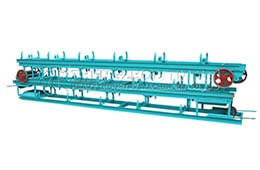 3. Dropping material when belt of belt conveyor runs off
In the operation of belt conveyor, if the belt deviates, the two edge heights of the belt will change, one side is high while the other side is low, and the material will be thrown out from the lower side. When this happens, it is necessary to adjust the deviated belt in time and pay attention to the fact that the center of the pulley is always on the same horizontal line as the center of the bearing seat.

Next:Faults of mixer in fertilizer manufacturing process and how to deal with it