How to prepare organic fertilizer to raise earthworms

Fermentation of Organic Fertilizer
Drug residue is rich in nutrients. Drug residue and straw are mixed into fermentation tank, and bacterial residue is added into raw materials to promote composting fermentation. Mushroom residue is the organic waste left after mushroom harvesting. Mushroom residue contains a large number of mycelia and yeasts, which can decompose complex organic matter such as crude fibers. It is a good raw material for organic fertilizer preparation.
By adjusting fermentation temperature, moisture, oxygen content, C/N ratio, pH and other conditions, microorganisms can fully decompose organic matter and promote fermentation under appropriate conditions. The compost turning machine can increase the oxygen of compost and adjust the C/N ratio of compost by turning over materials. After the compost is agitated by the turning machine, the fermentation speed is accelerated, the oxygen consumption of microorganisms is increased, and the water consumption is increased. If the water content of raw materials is too low, the water content of raw materials should be supplemented in time. 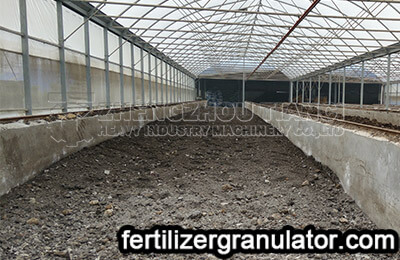 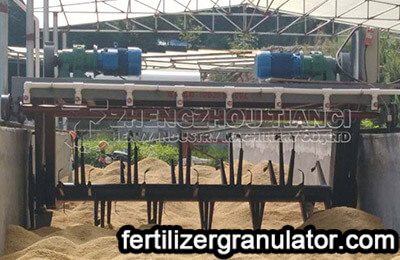 Fermented organic fertilizer can be used not only for earthworms breeding, but also for raw materials of organic fertilizer production line for finishing. In the process of earthworm culture, we should pay attention to the changes of temperature and humidity.

Next:What is the difference between compound fertilizer granules of disc granulator and flat die granulator?